Never have I ever: thought I would see the world in such disarray. I never thought I’d live in a time where I watched my neighbors dance in the street in utter happiness as the last president was voted out. It reminds me of many a history video of a fallen regime and the citizens dancing with joy.

Never have I ever… but it happened.

Never have I ever cried so hard at all the nothing around me because my last nerve balanced my life on its tiny end. Points of pain became so numb I didn’t realize I was bruised and bleeding.

I’ve spent most of the past week working through more emotions than I should have ever felt in the last four years — yet they all came at once. My workout sessions have transformed into mini-self-therapy modules where I jump, squat, bargain, cry, push up, lift, grow angry, and cry some more. And now, other emotions are wiggling their way out of the compartments I tucked them into.

Today, the death of a friend who passed in February hit me hard. Her face popped into my brain as I pressed weights above my head. There she was — right there — floating above me. At first, I talked to her in my head, and then it was a rapid unraveling. She died two weeks before quarantine began a month before her birthday.

And I thought — Never have I ever processed your death, dear friend — I just kept moving. Now, as I exhale for the first time in forever, here you are. I’m sorry.

I have so many plates spinning in the air. It’s my fault; I forgot to count how many I tossed up there and kept adding to them. Now my neck hurts from looking up.

Never have I ever been expected to keep going when it’s so obvious I need to stop. But I can’t stop. There is no stopping. Stopping is certain death, I’m sure of it.

Yet, I worry what the next feeling, memory, a moment will push its way free as I fumble around doing side-planks and whatever is on my HIIT routine that day. What else have I forgotten? I fear it’s so much that I’ll be trapped in 2020 well into 2021.

Never have I ever wanted to celebrate a new year as I do this year in the desert with the roadrunners and coyotes. That’s where perfection is — nature.

A scheduled transformation, sitting on my calendar, reminding me — life’s not all bad.

Never have I ever learned SO MUCH in such a short amount of time. As I process all the things I’ve tuck away, I know that I can process some more.

Never have I ever wanted to be right where I am — at this exact moment. My hand was forced. It will continue to be pushed. With each new memory left to handle, I become a better version of myself.

Never have I ever wanted to play witness to a world on fire. For I would have happily remain in my make-believe land, prancing a joyful dance in long skirts as I hum along to Frederic Chopin’s waltz no.3 in A minor. But, someone struck a match, and left me no choice but to participate in the birth of tomorrow.

Never have I ever… but it burns, and it burns. I spin, and I spin. The world transforms — and no one can stop it.

Never have I ever thought I wanted any of this — until I was left with out a choice — then I did.

Never have I ever, until now.

Once upon a time, there was a woman, and she had dreams…

She loved to soak herself in them like the warmest, most perfect bath, ever drawn.

Wisps of them–the dreams–wafted off her much like morning dew on a warm summers morning. She loved every second of them. Every single moment of those dreams. They were her happiness.

Then, one day, she realized the world was changing around her. A society that once felt forever stagnate and motionless spun and turn like a possessed top. While she was still tethered to her dreams (dreams. dreams. dreams.) Their tails wrapped around the ball of life, a long, twisted bit of twine created a tangled ring of all her moments in time.

Of all those dreams…

Until she felt stuck.

The dreams that once felt as silky as honeysuckles on a humid night’s breeze transformed. Sweetness went sour. Silk became burlap.

You may think the spinning whipped and turned her around. The tether lassoed to her ankle, wrist, heart–pulled her from her origins, thrusting her into the world. They didn’t. She was a damsel tied to the railroad tracks–a locomotive barreling down on her.

She knew it was wrong. All of it, but she’d become too obsessed, confused, disoriented to begin to understand what was happening. Especially, now… without her:

But one day, a notion dawned upon her. A perfect ‘a-ha’ moment pushed her through the clouds of her mind. What she figured out was none of it is real.

They were all illusions conjured by the most wicked evil maker of them all–herself.

The moment expanded, growing like a bubble stuck to the tip of a child’s plastic wand. Rainbows and stripes of swirling color encased her. She was the nucleus. She was the yoke floating in the center of it all. And just outside the thin veil separating her from those awful thoughts and her truth–were those dreams.

She knew, while she stared through the stained glass coloring her vision, life was what she decided it to be. She was the creator of her illusion and understood what she stared at the longest became her truth.

She was herself. Perfect and true.

She was the right amount of everything because she could never be her or her or even him. And her dreams… all of those dreams! (dreams. dreams. dreams.) kept her afloat and moving forward–high above everything trying to hold her back. High above herself.

What, you may ask, is the moral of the story? Simple. You are never too old to dream. Your dreams are valid. Just because someone else doesn’t understand your dreams will never and can never diminish your dreams. And even if your first had your dream many years ago doesn’t mean it’s not the right dream because dreams don’t have expiration dates–they only fade if we give up on them.

You are perfect just as you are. 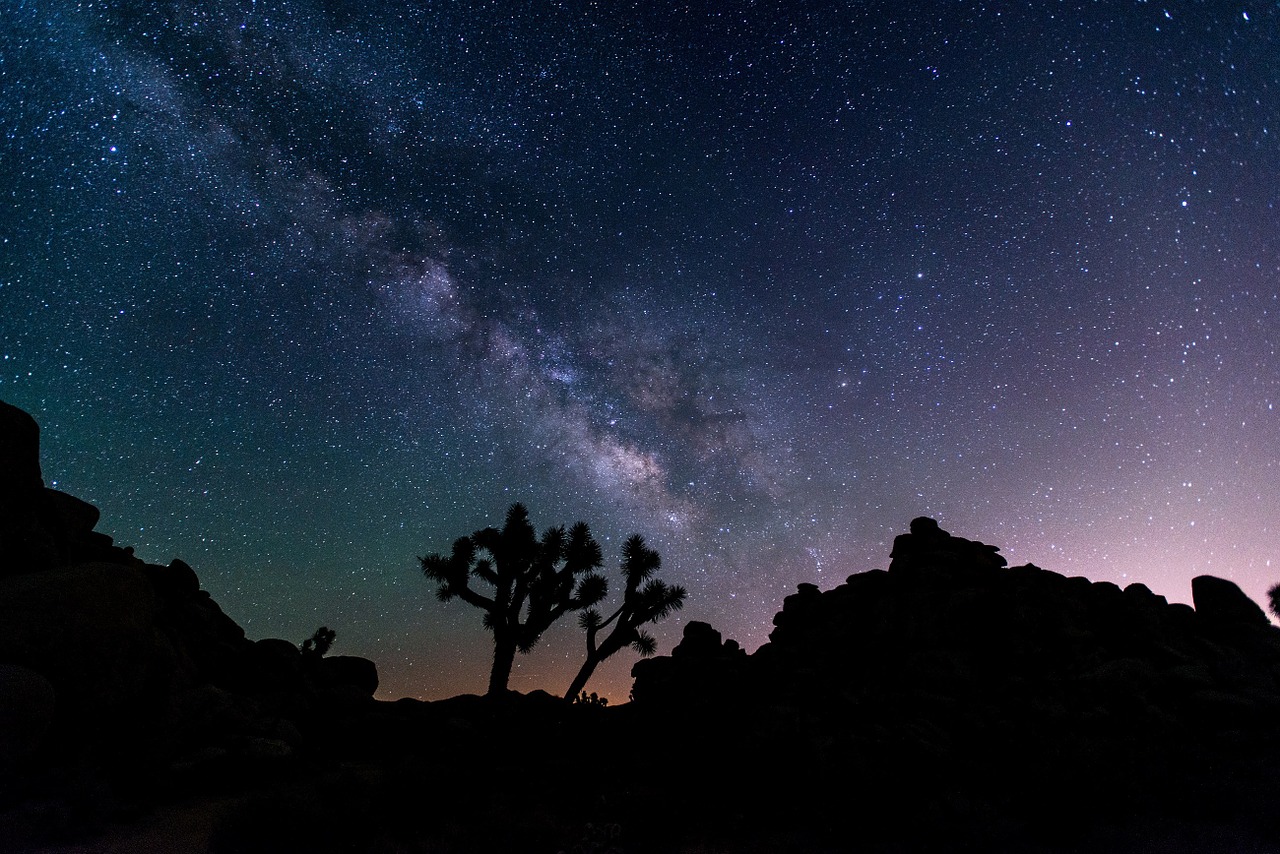 2018 has shown me life is a curveball wrapped in bubble wrap–or maybe it’s a glass ball filled with every breath I thought I’d lost. On impact, an explosion–pointy chards and oxygen…or a thud with three or four popped plastic bubbles…

I sit here wrestling with the past 12 months–with myself in those moments. This was a year of great growth and change. Something ended, I’m not sure exactly when only that it did. With that ending, I changed.

I don’t like to over analyze life. What’s the point? I am not sitting here searching for greater meaning in the ups and downs I’ve had. I rather deal with life as it happens and move forward.

Forward. Back is the wrong way. I’ve been there. I’ve taken what I need. I’m here. Keep going.

In both the good and bad moments, I’ve learned. I love that part–even the shitty moments. I learned something. I sit, quietly, watching. The shadows are where the truth lives. When people shut off. When they are themselves: unfiltered. Perfect.

The biggest thing I’ve learned is I can be what I want to be. It’s no longer up for debate. I also know I won’t take no for an answer anymore. I want to change with every transformational moment. I want more. Bigger. Brighter. All of it moving me forward.

I normally celebrate new years on my birthday–this year I’ll make an exception. I’ll sit in the desert, stare at the sky, and make wishes. A thousand of them. And on January 1, 2019–the journey will continue.

The change will continue.

There is only one way to go from here and I’m excited to walk that path.

Inspiration. When I first started writing I looked for it everywhere. Sometimes, I still set out on a quest, searching. The problem is I never know what I’m searching for. Not until I find it.

The older I get, the less I rely on inspiration. I put all my energy on hard work.

Maybe when you’re younger you can’t hear how it’s really hard work that makes the difference. Maybe you’re not ready to hear it. Or maybe you already feel you’re doing all the hard work–with little to no reward.

Maybe I’m talking about myself.

Yet here I am.

The interweaving roads I walk in this life can feel too great to accomplish at times, yet when I stare back, my footprints have been left on all of them.

Unrational fears are the first thing I create. I dismiss my factual proof and cling to reactions. Overreaction. Fear. All the different shades of the unwarranted emotion that clings to me like frizz to my hair on a humid day.

I’m knee deep in denial there is only one real path.

I’m really not in denial. I know there is only way path. It’s through. One foot in front of the other, never give up, ignore all the name calling and bullshit, on the path that leads to my goals.

Do you have some? Any? None.

I have too many.

That’s a lie. I have one. People think I have many. People tell me what I should do with my life all the time. I listen. In one ear and out the other. I’m not lost. I’m quiet. I’m busy. Always plotting. Maybe it looks like I’m being lazy.

You can call me a lot of things. I’m not lazy.

In the darkness, there is a solace. In the silence, there are the loudest shouts ever heard. I hear it ALL DAY LONG. I hear it now. In the words, music, streets, in the people around me. They all say the same. They have a story.

I have a story.

We all are stories. One billion of them. No, more than a billion. A trillion. A quadrillion. Stories everywhere. Whispers on silent lips.

It’s hard work to hear them. To shuffling through. To find the right ones. They must fit better than custom-made kid gloves. Perfection in every fold.

Quitting is failure. Hard work is the key. There is one path, it’s lined with words, stories–quintillion stories–waiting for you to gently brush your fingers over, breath in, hold.

This is my life, in general. This is me.

[this post brought to you by the inspiration from Alt-J’s album, “This is all Yours.”]