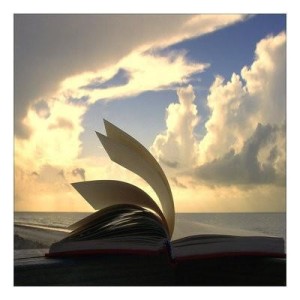 Life continues to come at me like small rocks in a dust storm. I take a breath when I think it’s safe, but most days my face is wrapped in a protective layer of fabric as I steer my way though the network of paths before me. Soon I’ll find the right one, or maybe I’ll realize  I’m already on the right path and the storm is just part of the process.

I’ll figure it out.

I would like to report I have been working diligently to get my first ever self published short story online! Exciting stuff (to me it REALLY exciting stuff… like “do a little dance of glee in my bedroom between writing/ editing sessions” exciting.) And this has been made possible because of the amazing Michelle Joyce Bond [who also has a blog you should check out! It’s called, “Sleeps with Notebooks“. Go there, tell her I said hi!]

Basically, this post is merely to say thank you to anyone who reads me, who helps me, who feels compelled to keep trying because of me – because you keep me going. Yup. Never give up! Never surrender! Life is too short to live a mediocre life – live one that makes you feel spectacular.

So if you’re on here wasting time because you’re having writers block, or writers angst (which is worse than a block), or you’re scared because you think you’ll never be good enough – go write something. (And then come back and share it with me. I’d love to see it.)

Sometimes those tiny rocks are just thumping you in the head to say, “wake up!” Speaking of which, a new opening chapter to Imogen Grace won’t write itself…