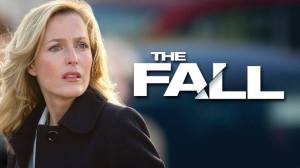 There is this BBC show, it is called “The Fall” and it centers around two characters:

It is the tale of two obsessive, compulsive people on two different sides of the law. One is a police detective and the other a murder, and yes – you’ve heard this premise a million times before.

In every recess of entertainment – television, movies, novels, plays – I would like to see more “Stella Gibson” type characters. I would love to see someone so self-possessed and contained even the lowest of the low (and I’m talking about people who are a fan of slut shaming) can’t touch her. Well, maybe they do. Maybe they get to her, because after all, we’re all human and words hurt – but still, there is something magnificent about her.

She is beautiful, smart, sexy, confident, contained, brilliant, and caring.

The underlining theme of Man V. Woman is strung throughout in more ways than one – from sex, to death, to daily life. It is examined, dissected, discussed and thrown in your face. Basically, The Fall makes you think. The tension keeps you on your wit’s end and then you have this truth handed to you – because it really is a truth, no matter what people say or how they try to spin it.

The Fall is an excellent example of non-stereotypical characterization and I’m talking all of these characters. They are layered, have debt, and make you connect to them – even if it’s by making you hate them.

What type of characters do you wish there were more of?